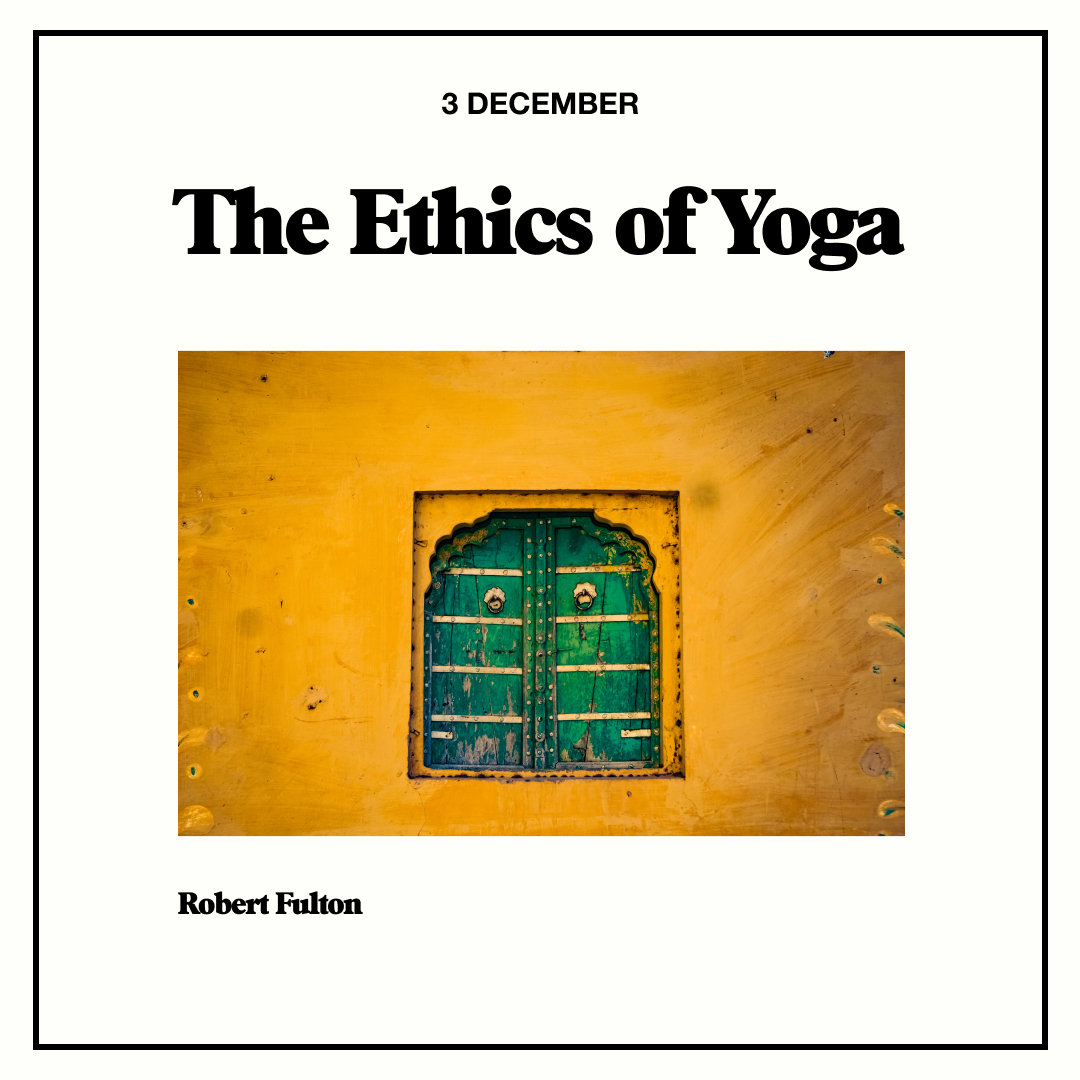 There is a prevalent sentiment in the modern Yoga world that somehow by doing asana practice on a regular (or semi-regular) basis makes you a “good” person.However, nowhere in the Yoga literature, history or philosophy is this concept described. The problem is when Ethics is mistaken for Morality, and Yoga is a system of Ethics, a way of life, not a system of Morals or virtues. This mistake leads to quite some confusion and misrepresentation about what Yoga “does” for one. Moreover, it presumes expectations about what a Yogi or Yogini is, and how these are not met in reality.

In this workshop we will look at the Ethics of Yoga as a way of life, but on the human scale, meaning, what happens if we falter on that path, or what are we really supposed to DO with Yoga? We will discuss what to do about that, and what does the literature and philosophy REALLY say about Yoga’s goals and purposes and its role as a way of life, not as a moral code.

This will be a very interesting discussion led by Robert Fulton.

Robert Fulton, PhD is a Professor of Humanities and certified Yoga instructor (E-RYT200) and has been practicing Yoga for 25 years. He has taught languages, Literature and Philosophy at UT-Austin (Texas), L’Università di Bologna Italy, Vikaasa WorldSchool in Madurai, India and the Universiteit Antwerpen, where he was a Fulbright visiting professor and has given lectures for the Indology Department at the University of Ghent on Sanskrit and Yoga Philosophy. Recently he was a guest professor in Sanskrit and Vedãnta philosophy at the University of New Mexico in Albuquerque, NM and currently teaches a variety of college Humanities courses in Texas. Robert is a graduate of the Antwerp Yoga TT (2015) and co-taught with Elsie Mathijssens in the AYTT for several years, and has continued to be a part of the AYTT when in Belgium, teaching Philosophy and Sanskrit.